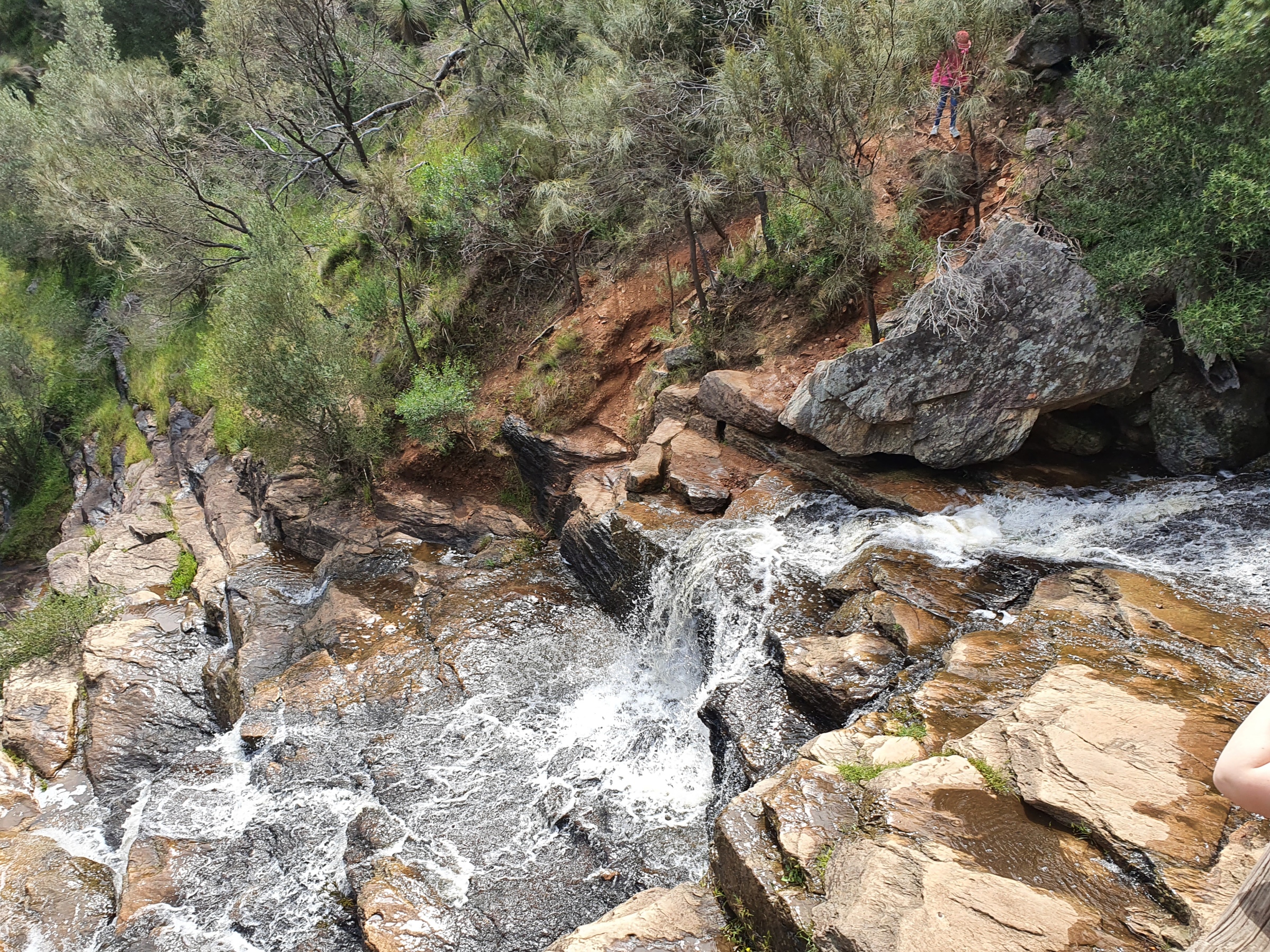 We’d driven the hour to Morialta Conservation Park excited to see the waterfalls. I know it is a bit of a joke that all white girls love waterfalls but cut me some slack, I love in a desert. Seeing any water is exciting.

We didn’t look up the trail before we arrived – our first mistake – instead we decided to rely on the trail information station at the park and trail sign posts. For a short 6km hike this would normally be fine.  The problem arose when we just didn’t pay enough attention to the trail map and set off half-cocked. “The signs on the trail will show us where to go.” False last words.

What followed was a step ascent to waterfalls 2 (which we thought was waterfall 1). We had to hopscotch our way across two mini river crossings and pick our jaws off the ground thanks to the beautiful scenery.

The third waterfall was the smallest waterfall at the park,  but thanks to everyone’s fairish at waterfall 2, we had it all to ourselves.

It was from this point onwards that we became lost.  Instead of turning around and going back the way we came,  we ended up on an access road and made a number of steep inclines in direct sun. We moved further and further away from the park until we ultimately decided to turn around and back track. We passed waterfalls 3 and 2 before we saw a couple hopscotch across a river at the base of water fall 2 and decided to follow them. Turns out this was the turn off we should have made earlier in the morning.

Despite getting lost, we did have a good time and learnt a valuable lesson along the way. Make sure to pay attention to Trail maps, because next time getting lost might not be so easy to fix.

← Doors from Around the World
Good luck, I’ll see you again →