Travel Photos in Flowy Dresses – I Hate Them!

I sincerely apologise for the rant ahead.

I remember when I stumbled across my first travel blog almost 6-7 years ago. I can’t remember what I was Googling (I think it was something about hiking to Machu Picchu) but I became enthralled with the stories the author was able to weave and her use of GoPro and iPhone ‘selfies’. I consumed every article on her blog, and when I was left hungry for more, found myself searching for other similar blogs to read. And I found them. I was particularly interested in female travel experiences and any and all adventures relating to items on my bucket list. In fact, it was through reading some of these blogs that my bucket list expanded. It was also because of my interactions with the original travel blog that I joined Instagram and Snapchat.

END_OF_DOCUMENT_TOKEN_TO_BE_REPLACED

I’ve decided to start a 28 Day challenge to make some habit changes and improve my general physical and mental wellbeing.

So, what is it that I want?

I feel like over the past almost 2 years I have lost all of my good, healthy habits and that this has contributed to my increase in anxiety and listlessness. In undertaking this journey, my goal is to primarily focus on improving my mental health. My hope is that by improving that will lead to an improvement in my physical health. My three goals are:

I intend to hold myself to account my posting weekly updates to my blog. I’m not sure what exactly these will look like, perhaps a summary on my progress under each goal?

Hopefully you will be able to join me on my journey.

Well, I think its fair to say that I have not had the best start to my mini challenge. I started strong on Monday with prepared meal plans for lunches at work and the intention of continuing my 16:8 fasting schedule. I even went to the gym. Unfortunately everything went to Hell in a handbasket on Monday night when my bad hayfever turned into a head cold which took me out of work for two days. I felt better on Thursday so returned to work only to develop laryngitis and completely lose my voice on the Friday. I’m writing this on Sunday curled up on the couch nursing a warm tea to sooth my throat. Let’s hope for a better attempt next week.

Round Up: March, April, May 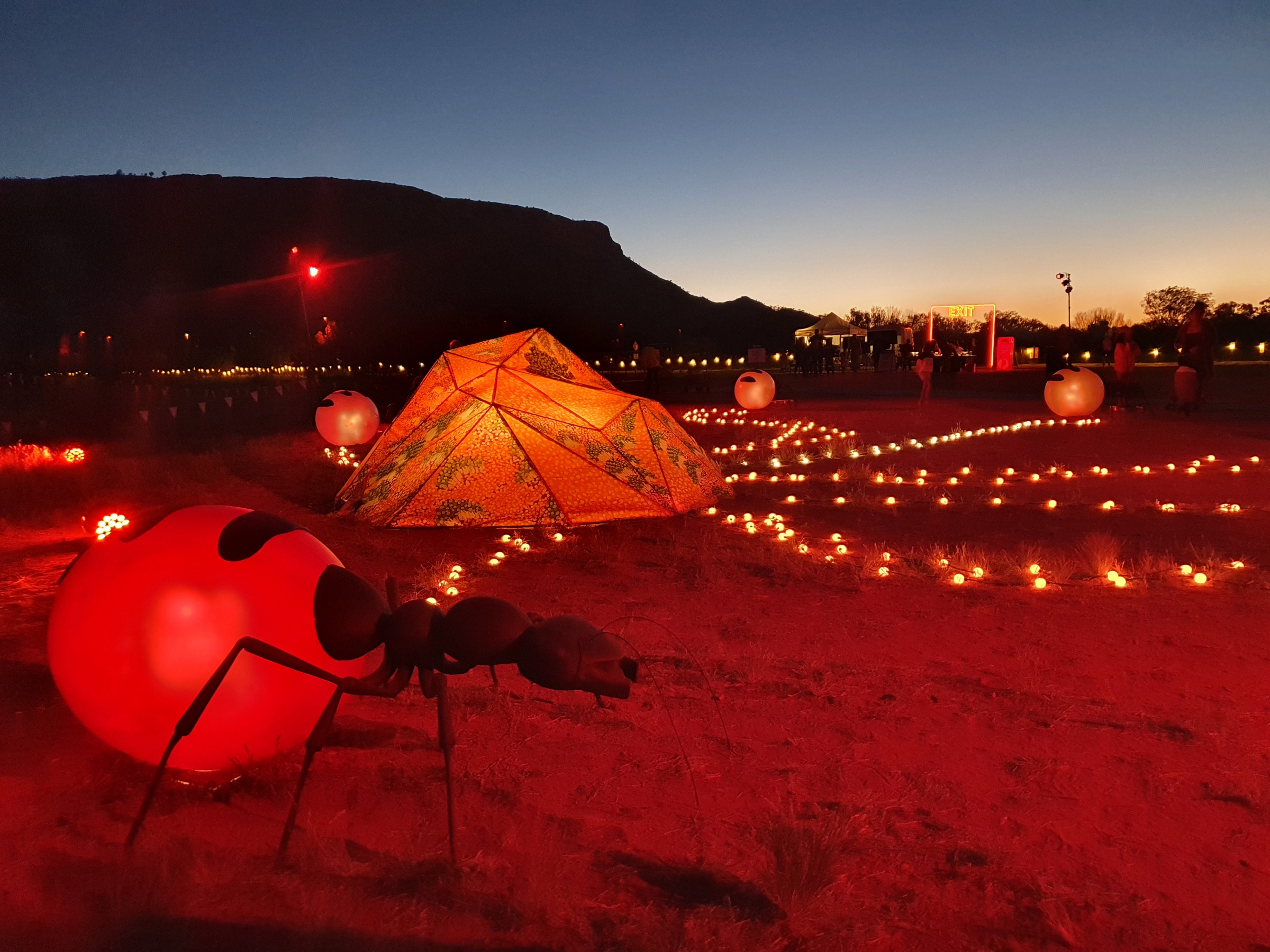 Wow, it’s really been a hot minute since I’ve done one of these. I haven’t really got an excuse except that I forgot. Seeing as the last couple of months haven’t been too exciting, this will be a quick one.

The last couple of months have actually been pretty quiet and work focused. I had to say “see ya later” to a good friend who moved away which put a bit of a damper on things. The most exciting thing I’ve done recently was attend the Wide Open Spaces Festival at the start of May. I stayed out for two of the three nights and had a real ball. I was introduced to two new favourite bands: Haiku Hands and the Ironing Maidens.

Attending WOS. This was pretty significant seeing as it was cancelled both last year and the year before, so it was good to see it back.

I started a new role within my job which is much better suited to my skills and interests.

I attended the Parritjima light festival twice and was once again mesmerised by the light installations. However, the annual light show against the MacDonnell Ranges was a bit lack luster.

I checked a major bucket list item off my list by taking a helicopter ride over the Red Centre. You can read more about it here.

I started responding to Journal Prompts of the Day’ on Instagram. Some of the prompts are rather difficult and confronting, but it’s been eye opening.

Saying farewell to a good friend who has moved away across Australia was a pretty sad event. I had hoped to be able to visit her in the mid year break but don’t think it’s going to happen.

Photo of the Month

My scenic flight over the Red Centre really was breath taking and I struggled to find the words toadequately describe it.

I am back on the Animal Crossing train! I became particularly inspired once I connected my DS to the internet and started visiting other islands.

I have also started listening to ‘You’re Dead to Me.’ The podcast hosts a discussion between an historian and a comedian as they explore people, ideas and events from history.

I discovered a new love for Young Adult stories when I binged The Irregulars and Shadow and Bone. I enjoyed them enought that I went ahead and bought the book for Shadow and Bone.

I have had a couple of months now where I have been painfree. I have been experimenting at the gym with some different classes and exercises and am starting to feel more confident in my body again. I am looking into trying Crossfit and boxing for the first time.

Goals for Next Month

Taking a Helicopter Over the Red Centre

I could feel my nervousness start to build as I stood on the tarmac listening to the safety briefing delivered by Sarah, our pilot for the day. My tummy felt like it had half a million three-winged butterflies in it vying for flying space. That number increased to a million as I sat in the front seat, fiddling with my headphones and listening to Sarah perform her pre-flight checks. Then, we started to lift off, and it was from the point on that I couldn’t budge the smile from my face.

END_OF_DOCUMENT_TOKEN_TO_BE_REPLACED

Today is one of my best friend’s last days in town. Tomorrow she leaves for greener pastures (or is it redder sands?) in Broome. And while I am excited for this next adventure in her life, I can’t help but feel a bit sad that she is leaving.

END_OF_DOCUMENT_TOKEN_TO_BE_REPLACED

Doors from Around the World

I don’t know about you, but whenever I come across a cool looking door, I can’t help but take a photo. There is something a little bit magical and alluring about doors. Perhaps it is the possibility of a new adventure or a surprise waiting on the other side.

END_OF_DOCUMENT_TOKEN_TO_BE_REPLACED

I was recently scouring the internet reading various travel and lifestyle blogs when I stumbled across the Super 7 Tag. This was a tag back in 2011/2012 (you can see I went DEEP into the archives on some blogs), and basically all that is required is finding a photo that fits each category. I felt particularly inspired as I read these posts because I could clearly see the photos in my head that I would have chosen had I been blogging at the time of this tag. I decided that since time is not linear, why not do my own (late, late, LATE) response to this tag?

END_OF_DOCUMENT_TOKEN_TO_BE_REPLACED

Round Up: January and February 2021 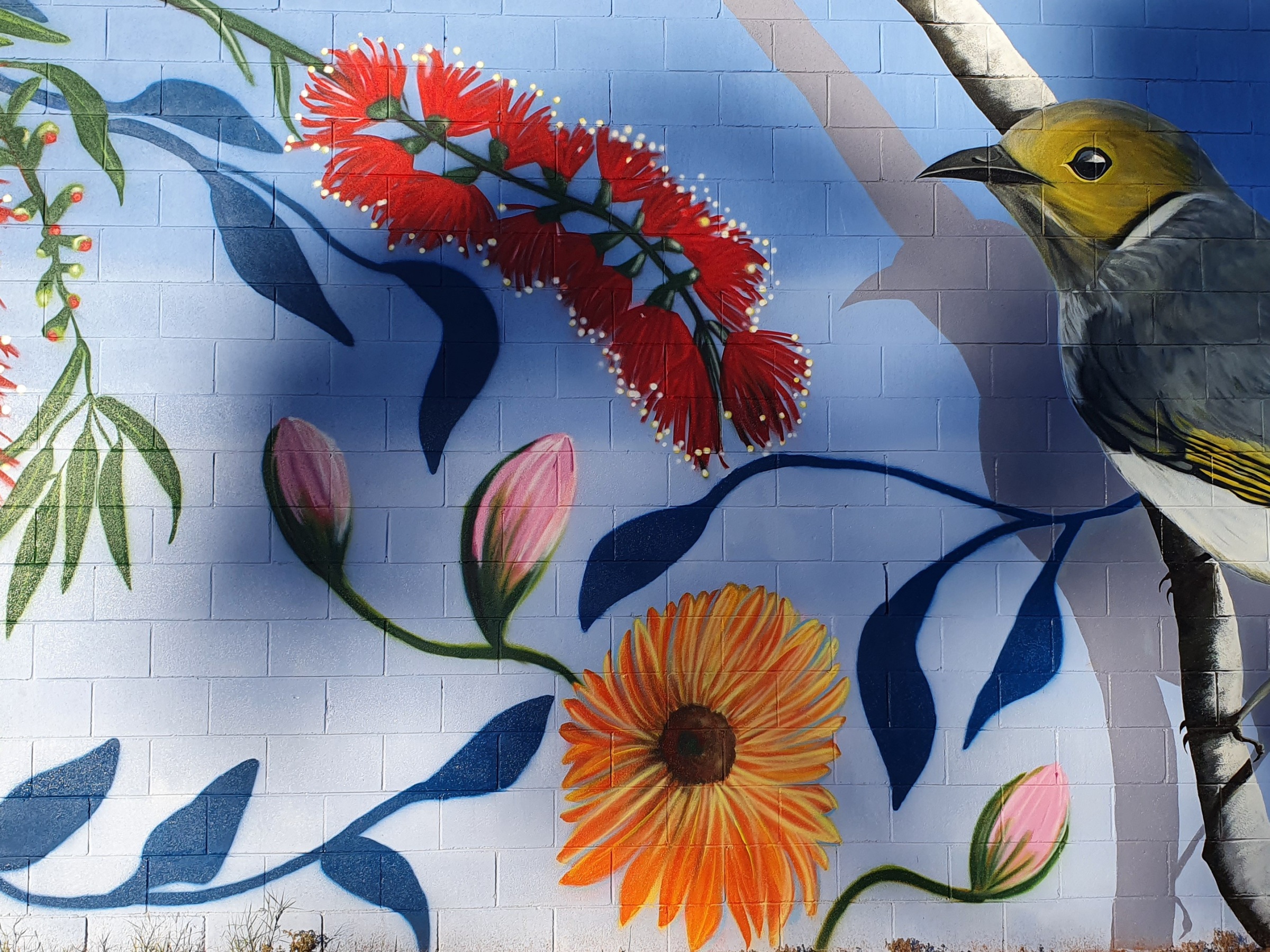 Hey everybody! It’s been a minute since I last did one of these round up posts. In fact, I completely skipped January for no other reason than pure laziness. For that reason I’ve decided to combine January and February this time around and get myself back on track posting to this site.

END_OF_DOCUMENT_TOKEN_TO_BE_REPLACED

As mentioned in some of my previous posts, the Red Centre has recently received a lot of much needed rain, and as a result many of the surrounding waterholes that are usually dirt dry are full. One of the little known waterholes in Alice is called Wiggles Waterhole. Unlike many of the other waterholes, this one is only located about 20 minutes out of town.